Why Brands Are Shifting Their Super Bowl Advertising Spend To Social

With the 56th Super Bowl on the horizon, we’re going to delve into the prestigious sporting event’s deep-rooted world of advertising. More specifically, why its big-name advertisers are passing up the mouthwatering opportunity to spend over $6 million on a TV commercial, and instead opting to take the social media route.

Let’s set the scene. The Los Angeles sun beams down over the Memorial Coliseum, forcing the 61,000 in attendance to shift the sweat from their brow. Only, it’s January and the sun barely emits 20 degrees, and those dampening their forearms are adorned in the white and red of the Kansas City Chiefs.

On the 15th of January 1967, the first Super Bowl was christened with a monumental 35-10 victory for the Green Bay Packers over the Chiefs. Contemporaneous reports following the game, and the game’s official radio broadcast, coined this fixture the Super Bowl, and perhaps unknowingly at the time, sparked an annual sporting event that would go on to be unrivaled across the United States.

As a big brand back in the late sixties and early seventies, you could expect to pay around $75,000 of your advertising spend for 60 seconds of airtime during the Super Bowl. Now, it costs brands upwards of five million dollars. Now that’s what I call inflation.

Though ads started in 1967, they certainly didn’t generate the hysteria that we expect now. That was until 1984, when Apple entered the homes of millions of Americans, leaving them transfixed as they announced the Macintosh Computer. Soon after, those same Americans started to realize that 1984, wasn’t like 1984 after all.

Fast forward to 1995, the Indiana Jones and the Temple of the Forbidden Eye cast are heading back to their changing facilities following a scintillating half-time show, when they hear muffled voices debating whether or not Budweiser and Nike had to fork out in excess of one million dollars for their ads. They did! Reports show that this was the first year that ad spend broke the million dollar mark, and from there it continued to rise.

Now that TikTok has burst onto the scene, and brands are opening up to the idea of influencer and social media marketing, we’re seeing both worlds intertwine with events such as TikTok Tailgate that helped engage Gen-Z audiences.

Data suggests that Gen-Z are less interested in live sporting events such as the Super Bowl. Only 27% of 18-23 year-olds said they were “very likely” to watch the Super Bowl compared to 43% of millennials and 37% of all adults.

This stems from the beliefs and attitudes Gen-Z have towards people in the spotlight. They tend to be less infatuated with athletes and celebrities, and instead hone their interests into brands and personalities that they feel a more personal connection with, influencers for example.

What are Brands Doing to Combat This?

Meta has taken a step in the right direction following its revelation of new and improved 3D avatars, available to users across Facebook, Messenger and now Instagram.

The newest version of these three dimensional characters will enable users to create and customize a virtual version of themselves on Instagram, much like a more sturdy version of Bitmoji on Snapchat. This update is expected to open up a lot of doors and new opportunities for sponsored content.

What has this got to do with the Super Bowl I hear you ask? Well, up until the 28th of February, users will have the ability to customize their virtual avatars to support either of the two Super Bowl LVI contenders – or if either of those teams aren’t suitable, there is a neutral Super Bowl LVI shirt available instead.

The US automotive insurance company aired their first ever Super Bowl commercial last year, and already they’re opting for a change. This year, State Farm’s advertising campaign is taking place on TikTok.

The company launched their branded #TeamStateFarm, which calls upon viewers to channel their inner talents, and submit them via video using the hashtag. The brand didn’t stop there, they also added an incentive for anyone who makes a submission. State Farm will select their favorite entries, which will then be announced on Super Bowl Sunday.

State Farm stated that their move to TikTok stems from recent data collected from credit reporting agency, TransUnion, who report that there has been a growing interest in automotive insurance spending amongst Gen-Z and millennial demographics in the past year. State Farm have shown that they are aware of the fact that the majority of Gen-Z won’t be watching the ads in excess of $6.5 million as they air on television, they will, however, be active on TikTok, and this decision to run a campaign on the platform offers a more widespread approach to engage that audience in the weeks building up to Super Bowl, and even if those seeing the campaign aren’t interested in American Football, they have that added incentive of being broadcast by the brand.

It goes without saying that the Covid-19 pandemic and subsequent lockdowns, quarantines and social distancing measures had live sporting events in a proverbial headlock, not to mention the elements that come with such events, namely advertising campaigns.

As a result, Super Bowl LIV was played behind closed doors, which ironically opened the door for TikTok to seize a lucrative opportunity. The NFL and TikTok formed an alliance by creating the Tailgate event, which focused on food, music and of course, football. The event was held exclusively on TikTok and had an assortment of celebrity hosts, special guests, TikTok creators, and players from different football teams.

Two hashtags were pushed out at the time. #TikTokTailgate was used to showcase the tailgate itself, how it was taking place and what it meant. #SuperBowlLIV was used to create a community for users to upload their game day jerseys and show off their unique celebration methods.

The TikTok Tailgate presented a new opportunity for brands to appeal to new audiences through hashtags, live streaming and much more. During this time period, brands were able to learn more about TikTok, and how it can help them to elevate and enhance their marketing strategies. This was perhaps the most influential period in the history of social media marketing. When the world shut down, social media thrived.

Mountain Dew enlisted the help of he who cannot be seen, and his name is John Cena. This activation helped the brand promote a new flavor of soda. The commercial pictured Cena driving through a picturesque, Mountain Dew themed world. While viewers may have believed they were suffering the effects of some unwarranted substances, we can confirm that it was in fact the advert’s boundary pushing visual effects. It is the Super Bowl after all.

At the end of the video Cena let viewers know that the ad had a catch. The first person to tweet the correct number of bottles used in the ad would win a small sum of $1 million dollars. And so insured the mass hysteria, driving engagements and impressions through the roof.

Doritos joined in on the fun to push the return of their 3D crunch Doritos, using a hashtag and a branded filter that put users in 2D form and urged them to show how they would “break free” and live their 2D lives, looking back, it was the first of its kind.

This was a unique spin off of the commercial that used Matthew McConaughey as Flat Matthew. Users were then able to mimic the commercial. Doritos fueled this crossover by activating multiple hero influencers like David Dobrik and JoJo Siwa.

Doritos discovered that they could expand the conversation further on social media to get the most out of their Super Bowl commercial and activations by using both methods together.

The Super Bowl halftime show is already one of the most infamous segments of the whole proceedings. Over the years we’ve seen the likes of Michael Jackson, Prince, The Rolling Stones, Justin Timberlake, Janet Jackson, and so many more grace one of the world’s biggest stages.

In 2021, it was The Weeknd’s turn to fill some pretty big shoes, turns out they were just the right size. Abel Tesfaye’s performance sent social media into pandemonium, something Pepsi thought to capitalize on. With the help of TikTok, Pepsi created a branded filter that allowed users to reenact the performers halftime sequence, which of course everybody wanted to do. The 2021 Super Bowl felt incredibly restricted, and this gesture from Pepsi helped bring the atmosphere into the palms of fans worldwide.

Data Shows Why Brands are Moving to Social

The social media scale is constantly growing, and it has evidently grown to a point where the world’s biggest brands and organizations have started to take note. Lets not forget that only a couple years ago, using influencers and social media as a core marketing tactic was still taboo, it’s only in recent years that brands have started to trust influencer marketing as a viable strategy.

51% of marketers believe that influencer marketing helps with quality customer acquisition. While having a net of customers can mean conversions, higher-quality customers can result in recurring purchases and brand advocacy. This means that influencers not only bring in customers but, it gets them talking about brands and allows that word of mouth to travel through organic conversations and shares through social media.

80% of users have purchased something via an influencer recommendation. The power that influencers hold over their followers is bewildering, and like nothing ever seen before. Influencers have earned their trust and credibility over the years, so much so that people consider them to be like their friends, and with that they take their advice and base their own lives around them.

So let’s ask the all important question once more. Why are brands shifting their Super Bowl spend to social media? Well, advertising on social media offers brands an extensive reach in comparison to airing on television, social media campaigns are better tailored to their respective audiences, and far more engaging than their terrestrial counterparts as they call upon viewers to get involved and submit their own content. Brands are now seeing the value in catching the attention of Gen-Z markets, and if they aren’t going to be watching the game via live TV broadcast, then how do you propose they do that? 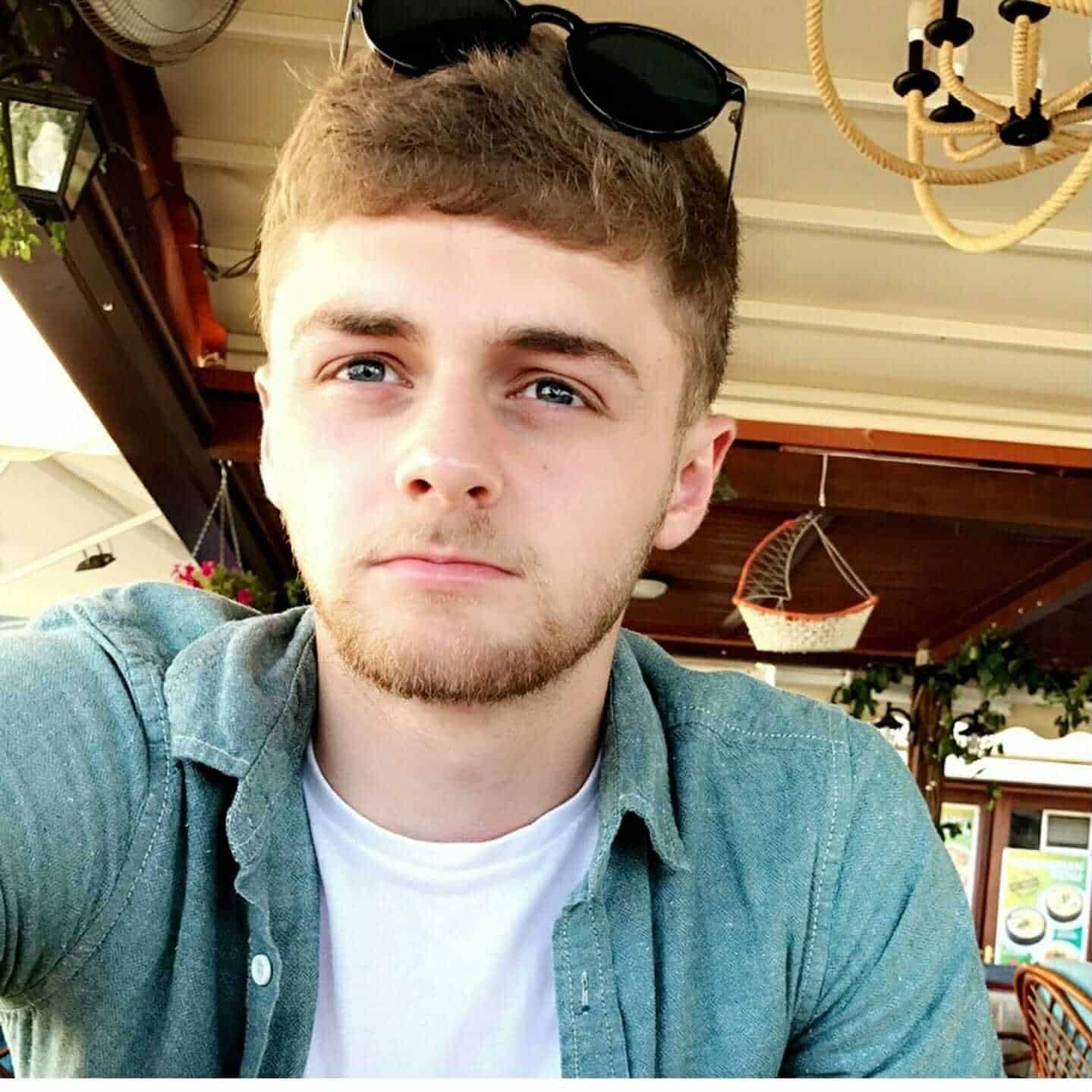